This project is a conceptual work on the question of diagrammatics, putting emphasis on the different layers of diagrammatic representation, reasoning and practise.

The layers are named:

– diagrammatics as grammatical and structural scheme

– diagrammatics as a form of praxis

The work is divided in

a) practical and theoretical research , which takes place in different frames such as

– the Master of Urban Design in HafenCity University, Hamburg and the Urban Design Theory Lab, which I am conducting there.

b) theoretical research, which will result in a series of books.

In 2016 the following books will be published:

– “Stadt als offene Partitur”, a research on examples of diagrammatical notation in urban research, published in cooperation with Vera and Ruedi Baur and Civic City

– “Tom Paints the Fence”,edited together with Bernd Kniess a book on questions of urban research, exemplified by the project “University of Neighbourhoods”

– “Atonale Logik”, a book on the diagrammatics of Gilles Deleuze 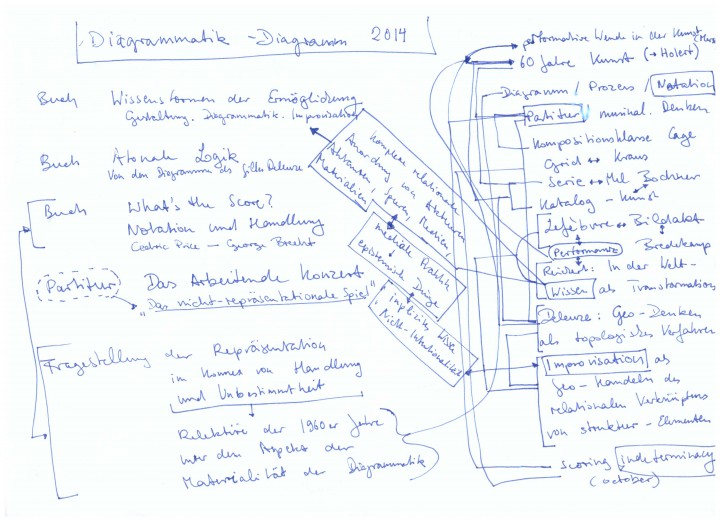