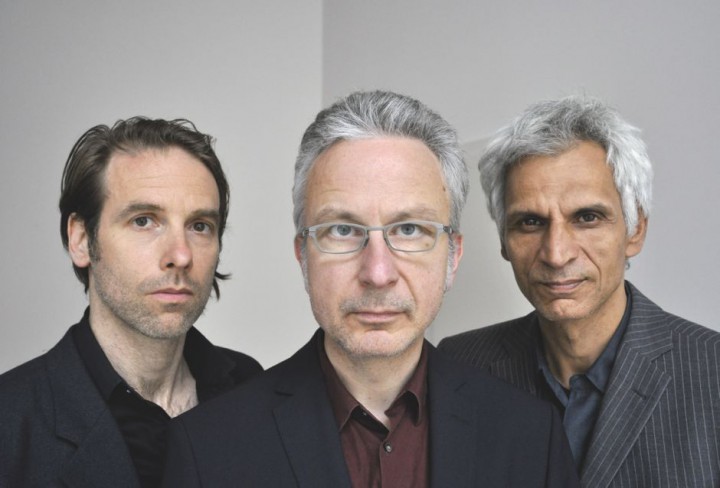 DRA is a research ensemble of composer and vibraphonist Christopher Dell which focuses on the exploration of closed form. Together with his colleagues Christian Ramond (bass) and Felix Astor (drums) Dell takes
the traditional sound of the acoustic vibraphone-trio into the future of tomorrows
compositions of contemporary music. The material, performed with enormous vitality, oscillates
between different meters and tempos, constantly changing gears. This music is complex, yet sounds very fluent. Founded in 1998, the trio has through a recherche de longue durée established a very tight rhythmic texture, dynamic power yet high abstraction. Concerts and publications have received enthusiastic audiences, reviews and high acclaim over the years.

DRA toured extensively, among others for the German Goethe Institute in Brazil, Uruguay, Czech Republic, Mexiko and U.S.A. It received the JazzArtAward in 2002.

Tim Gorbauch described the work of DRA in the Frankfurter Rundschau as “a kind of quantum leap in European jazz. Such complex, precise music, sheer madness in its intricate changes of tempo and rhythm, had not existed before; the intersection between the possibilities of new music and free jazz had been redefined.”

“Between control and short phases of unleashing, this music moves between order and creative chaos. A highly concentrated mixture that keeps the listener in suspense for almost an hour.” Darmstädter Echo

“A lightness for which the word ‘flow’ almost seems ponderous”.

“Convinces despite all complexity also with joy of playing, looseness and humour.”

“Jittery and free and yet calculated and logical.”