For a two year stint from 2008 to 2010 I was – together with Bernd Kniess and Michael Koch – part and initiator of the project University of Neighbourhoods (UdN), as part of my being visiting professor for urban design theory at the faculty for Urban Design at the HafenCityUniversity Hamburg. 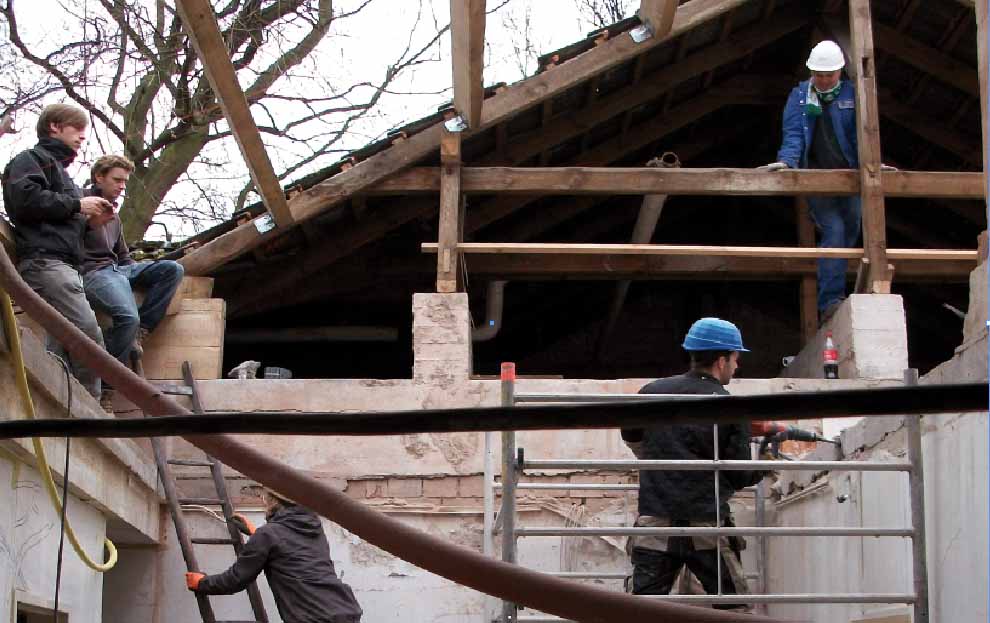 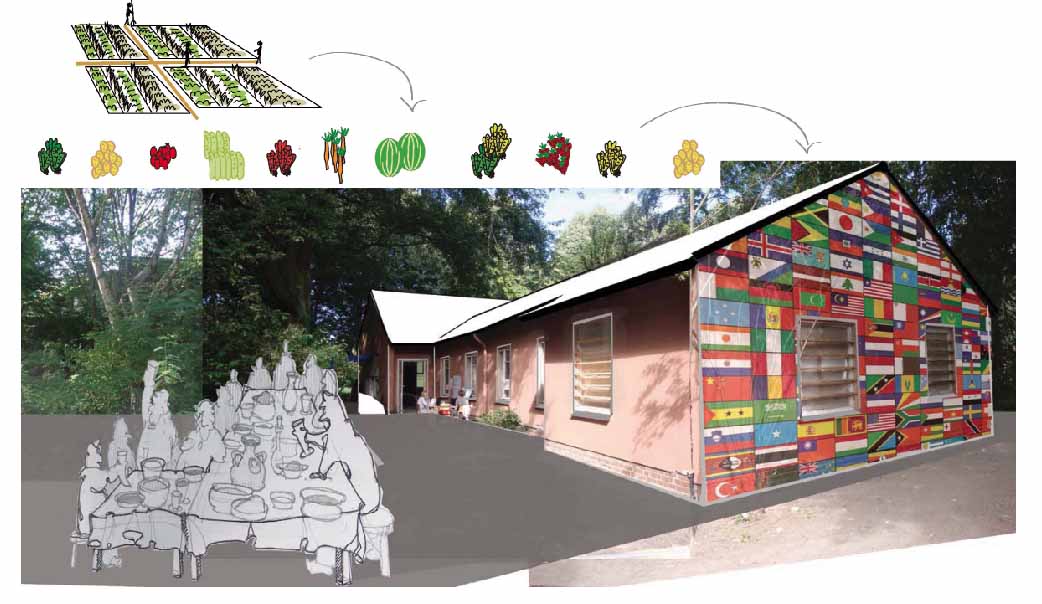 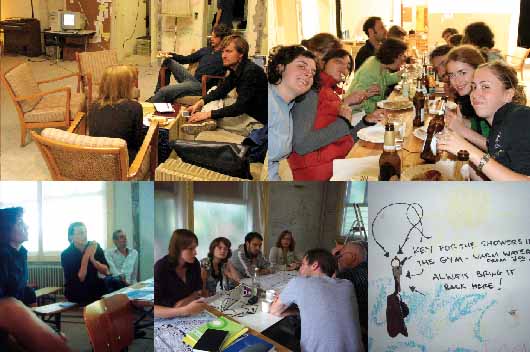 Over a period of five years, the project Universität der Nachbarschaften (UdN) will take an experimental approach to developing and testing contemporary forms of education based on culture, knowledge and urban development. The word “Universität”, in English “university”, refers to the process of discovering what can be defined as knowledge in an alleged “global knowledge-based society” and under which local conditions it can be generated – how it enters the world. “Nachbarschaften” (neighbourhoods) deals with local conditions: with social relationships and integration issues.

The starting point for examining these issues is a familiar urban situation: an empty, disused building, a symbol of “not any more” and “not yet” – the former Health Authority building in the Hamburg district of Wilhemsburg. Here, the Universität der Nachbarschaften is developing its own principles for working and studying, its own curriculum: active appropriation, real interventions in the substance of the building and the programmatic utilization of it. In doing so, the potential for the generation and communication of knowledge will be removed from the “ivory towers” of the university and shifted elsewhere during the process of concrete urban transformation. The design of a city, perceived as an existing constructional, social, cultural and economic network, will be examined on a 1:1 scale. The main focus is on a form of sustainability that draws on the current conditions of the conversion and remaining utilization of the building, examines it in the light of its basic economic parameters, and attempts to use these to create new forms of action. This also means: in this case sustainability does not develop from things but from relationships, from the neighbourhood.