„Grammar II“ is a substantial new contribution and advance in the field of experimental music.

„Grammar II“ examines and experiments on structural framework as a set of strategic musical viewpoints that inform the practices of DLW as a community of players. This structural framework constitutes the musical material that shapes, drives, and gives meaning to the artists’ collective musical action. Along these lines, DLW interprets “musical thinking” as “structural thinking”, which allows for complex and contingent relationships and multifaceted aspects of musical practice to coexist in a constructive manner.

„Grammar II“ is grounded in a dual concept: it is both research and framework, a question and a manual.

„Grammar II“ collects concepts, knowledge and experiences that stem from the theory and practices developed over the past years since DLW published its first release „Grammar“ on gligg records in 2012 (now sold out and out of print).

Published on the label Plaist, this new monograph documents the broader musical grammar that has defined DLW’s practice, considering how practice, concept and strategy have formed the artists’ understanding of music and its experimentation.

In the center of the artists’ approach is the production of music as improvisational form-making and as technology. In its investigative take on musical structure, DLW considers the notion that improvisation technology is endowed with specific musical conceptions, knowledge and agency. The group follows the reflexive unfolding of an improvisation technology that deploys an artistic framework in the creation of new musical and social realities. Against this background, this recording documents, among other things, the emergence of a musical concept through the framework of structure, its identification with improvisation, its exploration of the outer limits of rhythmical, melodical and harmonic control, and its construction of new realms of musical research and collaboration.

“Grammar II” is formulated in line with the theory of improvisation technology and open form: a paradigm shift in the making of music, at every scale envisaged to help us define ourselves and position ourselves in the time and space in which we live. 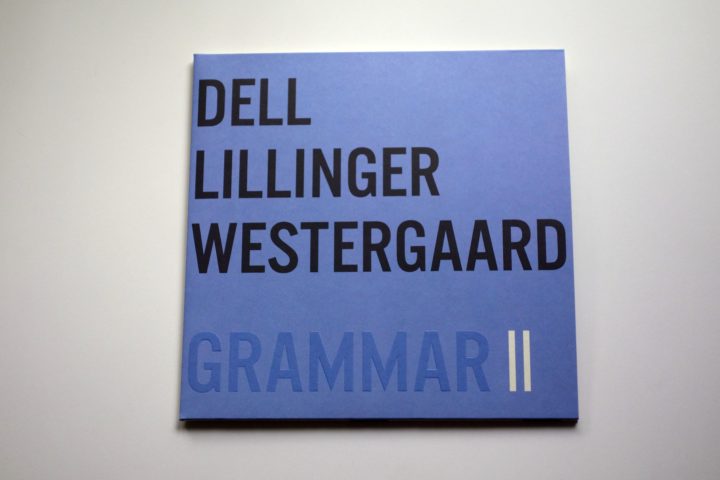 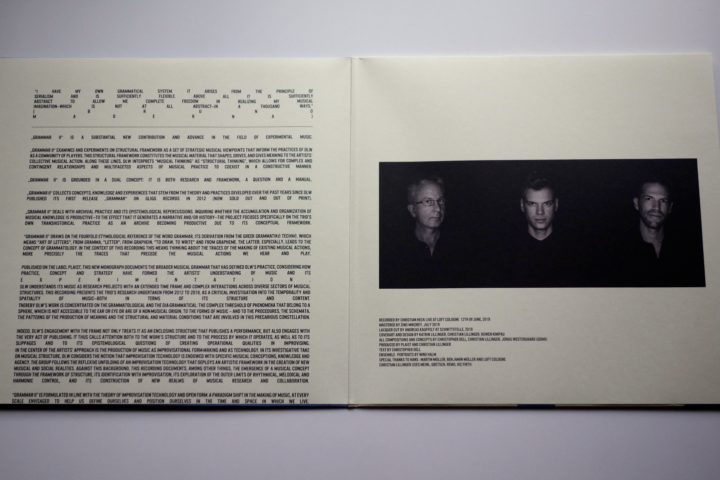 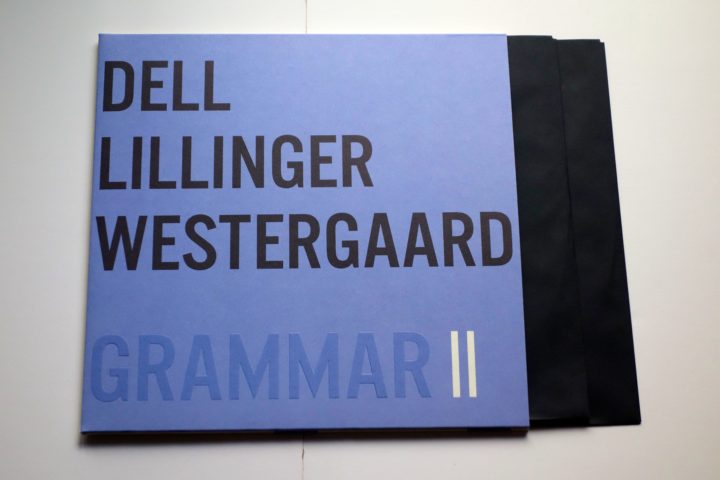 „Grammar II“ deals with archival practice and its epistemological repercussions. Inquiring whether the accumulation and organization of musical knowledge is productive—to the effect that it generates a narrative and/or history—the project focuses specifically on the trio’s own transhistorical practice as an archive becoming productive due to its conceptual framework.

“Grammar II” draws on the fourfold etymological reference of the word grammar, its derivation from the Greek grammatikē technē, which means „art of letters“, from gramma, „letter“, from graphein, „to draw, to write“ and from grapheme. The latter, especially, leads to the concept of grammatology. In the context of this recording this means thinking about the traces of the making of existing musical actions, more precisely the traces that precede the musical actions we hear and play.

DLW understands its music as research projects with an extended time frame and complex interactions across diverse sectors of musical structures. This recording presents the trio’s research undertaken from 2012 to 2019, as a critical investigation into the temporality and spatiality of music—both in terms of its structure and content.

Thereby DLW’s work is concentrated on the grammatological and the dia-grammatical: the complex threshold of phenomena that belong to a sphere, which is not accessible to the ear or eye or are of a non-musical origin, to the forms of music – and to the procedures, the schemata, the patterns of the production of meaning and the structural and material conditions that are involved in this precarious constellation.

Indeed, DLW’s engagement with the frame not only treats it as an enclosing structure that publishes a performance, but also engages with the very act of publishing. It thus calls attention both to the work’s structure and to the process by which it operates, as well as to its slippages and to its epistemological questions of creating operational qualities in improvising.