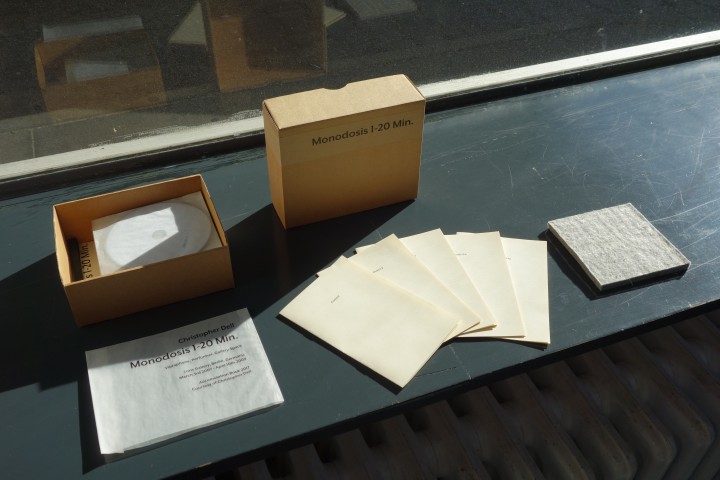 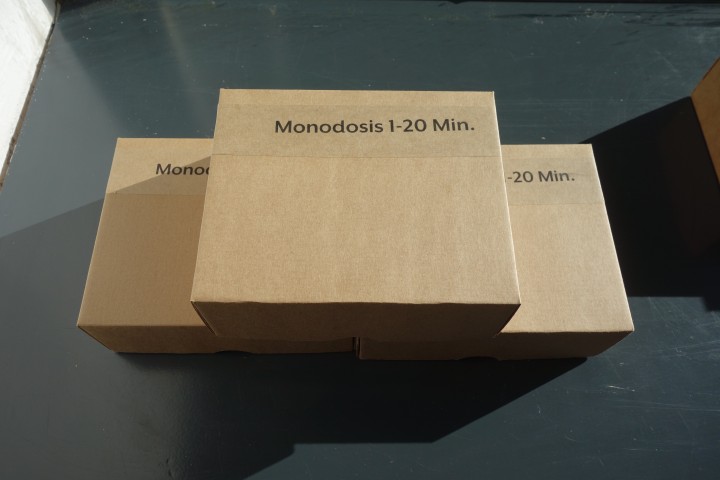 The accumulation book is a new object format that Christopher Dell has developed.

It is an open book form, that allows for assembling and reassembling notations, texts, material and so forth.

The content of the accumulation book „monodosis 1-20 min“ is:

published in an limited edition of 20 in June 2017

Mondosis 1-20 min was conceived and realized by Christopher Dell as theoretical and musical performance plug-in for Loris Gallery, Berlin between 2007 and 2009. The work was presented as a serial cycle that took place over a period of two years. Each musical performance consisted of a specific time format, called Fonds. The Fonds are timeblocks, which are measured in minutes. That is, while a series of twenty solo performances on Vibraphone were realized, each performance was using one possible time frame out of a duration pool between one minute and twenty minutes. The chosen time frames were then serialized in the performance itself. The signification x:y in the title of the respective executed performances indicates the order of performances in the first digit and the amount of minutes in the second digit.