Between work, production and housing

Wether connotated with the realm of labour, production or art – the notion work is at the centre of modern society’s self-understanding. However, the notion comes with a dichotomy: the modern subject constitutes itself through work but it also alienantes itself by work. While this dichotomy is grounded on a clear distinction between work and life, culture and nature, the blurring of the two in late modernity leads to new contradictions, one of the actually most debated being the ubiquitous reappearance of the housing question. Drawing on theories of Marx, Arendt and Lefebvre, Christopher Dell will elaborate on the meaning of work for the todays production of space and its relevance for understanding urban practise in the contemporary city. In large auditorium. Welcome! 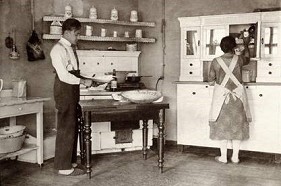