“We represent in order to intervene, and we intervene in the light of representations.” 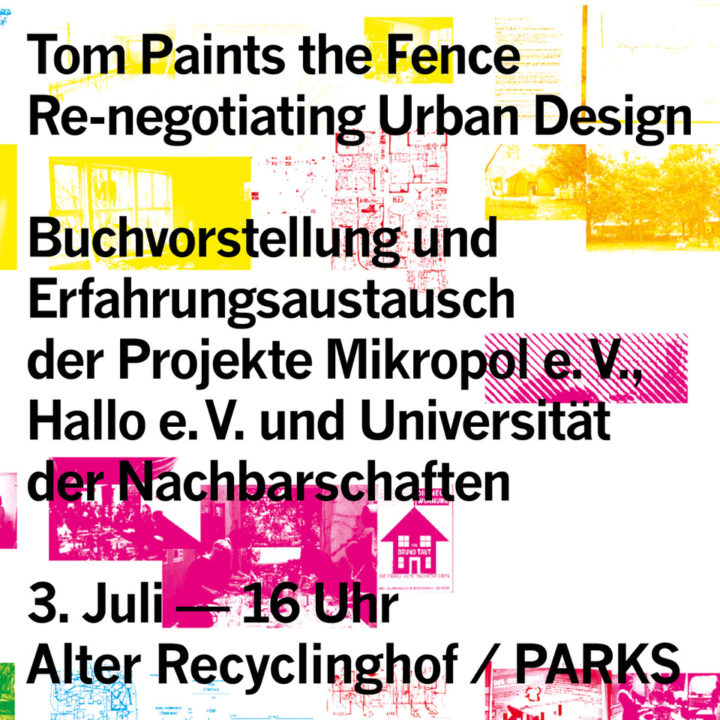 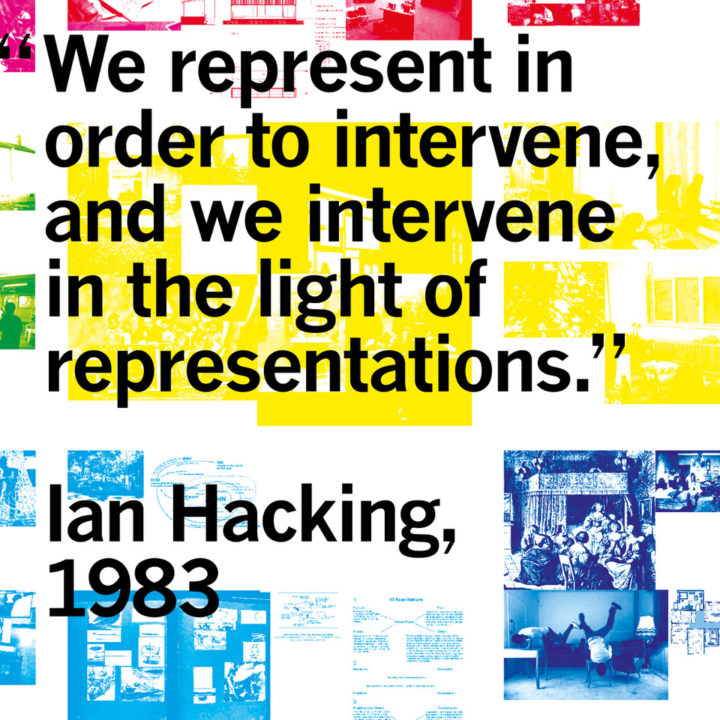 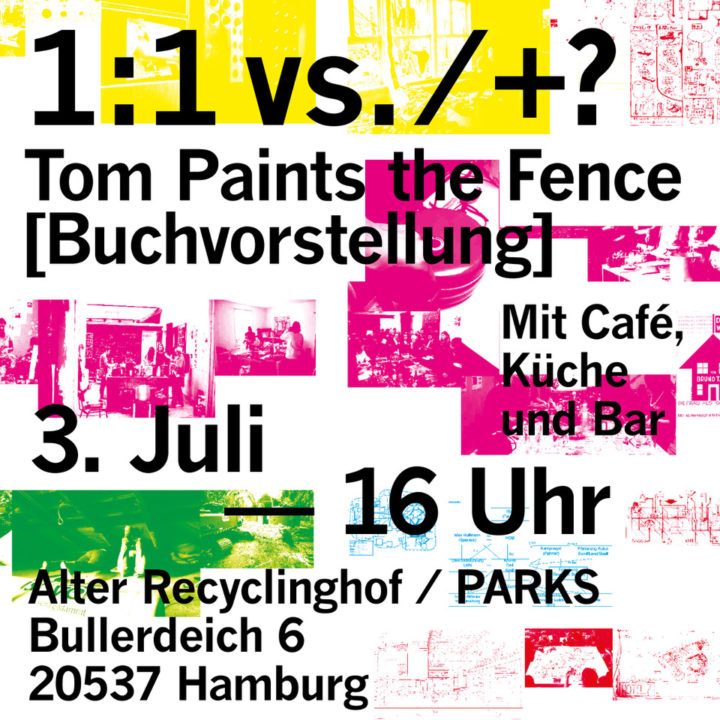 The Urban Design (UD) degree programme has been working on different forms of urban production and research since 2008. With “Tom Paints the Fence”, UD presents its narrative of the city: the city is not a given, but is produced. This is linked to forms of knowledge that take collective city-making seriously as an act of understanding. The questions arise in the actors – similar to Mark Twain’s novel, where the neighbourhood children first mock Tom Sawyer, who has to paint the fence as punishment work, only to take up the brush themselves later, thanks to Tom’s negotiating skills. “Tom Paints the Fence” refers to this act of social interaction. In it lies a political understanding of the city that always remains bound to negotiation. This attitude towards the city needs to be practised.
The project “University of Neighbourhoods” was a playground and laboratory for us for a period of 5 years. During this period, we constantly re-examined and put to the test the relationship between teaching, practice and research. Soon after the building was demolished, it became apparent that the project as a process would remain unfinished. Confronted with the endless layers of an archive of its own order, its diverse materialisations, the assemblages and territories of the UdN, it became clear that the questions it raised would continue to occupy us. In view of this, we do not see the documentation as a conclusion at all, but rather as an opening. The publication aims not only to show the open process, but also to address the questions that are embedded in showing such a process.
Now, almost a decade after the experiment on the Elbe island of Wilhelmsburg came to an end with the demolition of the UdN, the book is finally available. We are very happy about this and would like to share this joy with you. We invite you to explore the archive, to remember the stories, to open them up anew in order to possibly make them fruitful for the present and the future.
Dell, Christopher, Bernd Kniess, and Dominique Peck, eds. 2022. Tom Paints the Fence. Re-designing Urban Design. Leipzig: Spector Books.