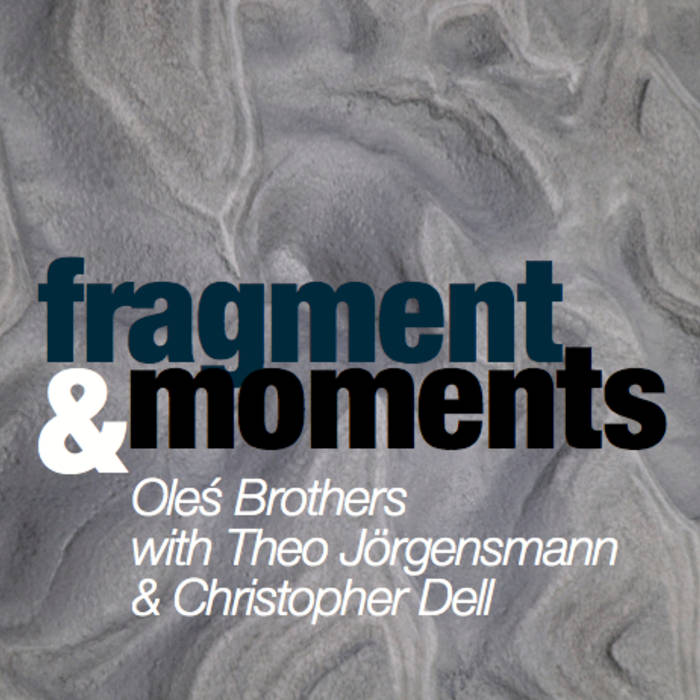 Marcin Marc Inn Oles and Bartłomiej Oleś released in 2015 a limited edition of 100 CDs to celebrate the 10th anniversary of cooperation between them and Theo Jörgensmann. This is a true rarity and a “white raven” not only it appears in 100 copies, but because in presents a rare four-body encounter of the Brothers with Theo and Christopher. This distinguishes this record from the trio series described above. I bought this CD directly from the musicians after their concert at the XIIth Warsaw Singer Jazz festival, where they performed with Albert Beger.

The set starts with “Ornettation”, followed by a short ballad “I
Moment” with a wonderful conversation of all four members of the
group. “Synesthesis” is oen of my favorite track — Theo’s solo is
breathtaking, but everybody plays truly wonderfully! “Fragment”, a
joint composition, is another slow tune with a bluesy touch.
Theo’s “Deep Down”, in contrast, is a slow, lyrical ballad. “II
Moment” is again short and collectively improvised. It is followed
by “Die Kalten Kerren” by Theo — for me a clear reminiscence of
Jimmy Giuffre music from his later period. The closing “III
Moment” is perhaps the most open, free improvised track, and
perhaps my absolute favorite. Great album, probably very hard to
get, but maybe can be ordered directly from the artists.

One year later Fundacja Sluchaj! and Maciej Karlowski released another long-time-hidden pearl from the trio catalogues. Olesie and Theo recorded this material at the Golden Taboret Studio in 2010. It was supposed also to celebrate ten years of collaborations with Theo, and reflect a “bridge between very emotional and seeking space and our own musical language, music creation.” Originally, the rights to this recordings were in possession of HatHut, and were then bought by the Fundacja Sluchaj!.

This one of the most traditional records of the trio, with 11 tunes, all with well defined, although complex themes and structured and ordered solos. The players are in the great form, so it a pleasure to listen to them. The music and the melodic and rhythmic patterns remind me of those of Ornette Coleman, clearly one of the iconic idols of th eOle’s brothers. This is nicely illustrated in the opening composition of Marcin, “Pariskop”. In contrast, Bartlomiej’s title track, “Transgression”, is mor eopen and remind me a little of Charlie Mingus’ “Fables of Faubus”. “Room 114$, alco by Bart\l omiej, is a nice post-bop track with a great clarinet solo. “Binek Silesiae”, composed by Theo, is one of my favorite – it is a slow tune with a delicate bluesy touch. In “Echoes from Br”uel” Theo Jörgensmann comes back to the post-bop paradigm, with a great walking bass/drums work of the section. Marcin’s “Auray” is another favorite of mine — I love the slow theme and tranquility of the whole tune in general, and the bass line sin particular. Ater another excellent composition with the fast walking bass,
“Orderly mess” by Marcin, Bart\l omiej contributes with “Goodbye Joe”, which starts with a short drums solo. Perhaps the most beautiful song of the CD is Bartłomiej Oleś‘s “Kitetsu” — this one starts with a lyrical bass solo, and develops into a sad, melancholic ballad.The set closes with the compositions of Theo: “Cool \& Free” and “Simple Beat”. The first one is notable for a very nice minimalist theme, the second for yet another Ornette inspired mood, and again the fantastic work of the section and the crazy solo of the clarinet. “Transgression” evidently keeps the excellence level of the previous recording, although “Live in Poznan 2006” remain my overall favorite.